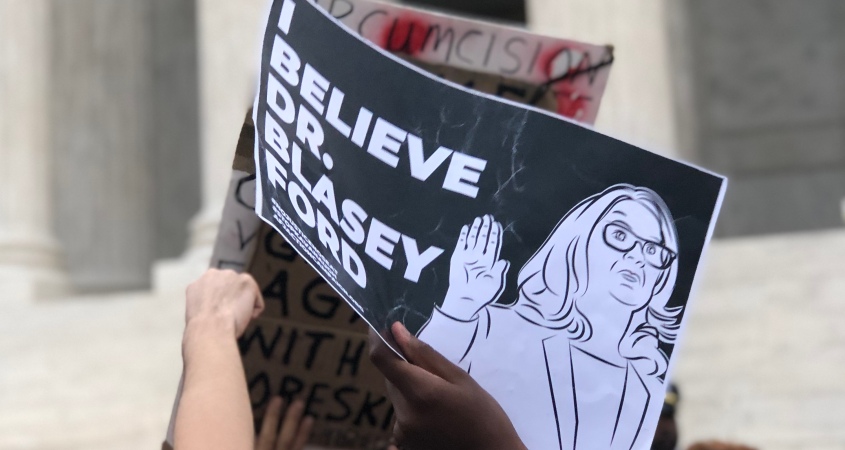 “The future is human. It isn’t female.”

The song was inspired by Donald Trump’s comment that it’s a “scary time for young men in America,” during the Kavanaugh debacle. The video rapidly caught public attention–NowThis picked it up, and Lynzy even performed the song live on Jimmy Kimmel’s show.

“It’s time for women to rise up, use our collective voice,” she sang.

That voice may not be as collective as she and other feminists would like to think.

For some women, empowerment looks a little different.

Tired of the genital hats? Wish Kamala Harris would bring it down a notch? Is the Constitution your “jam?”

One thought on “#Empowerment to Me”